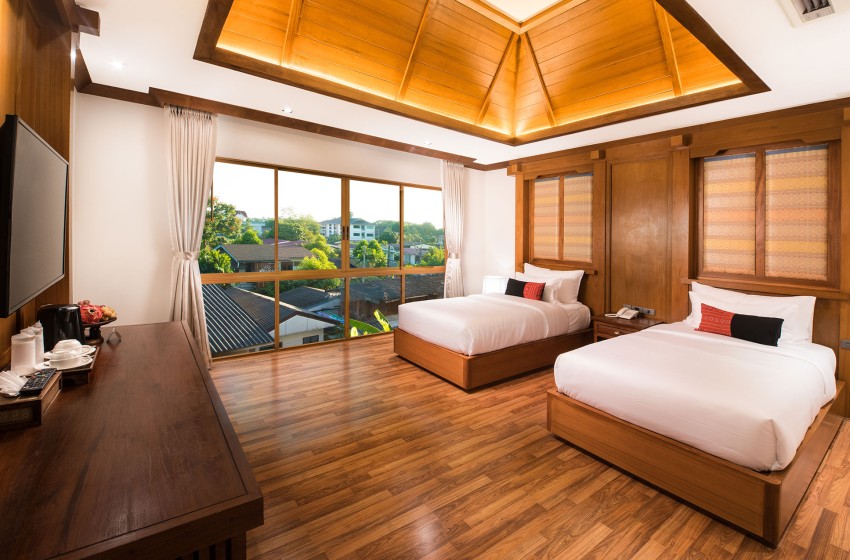 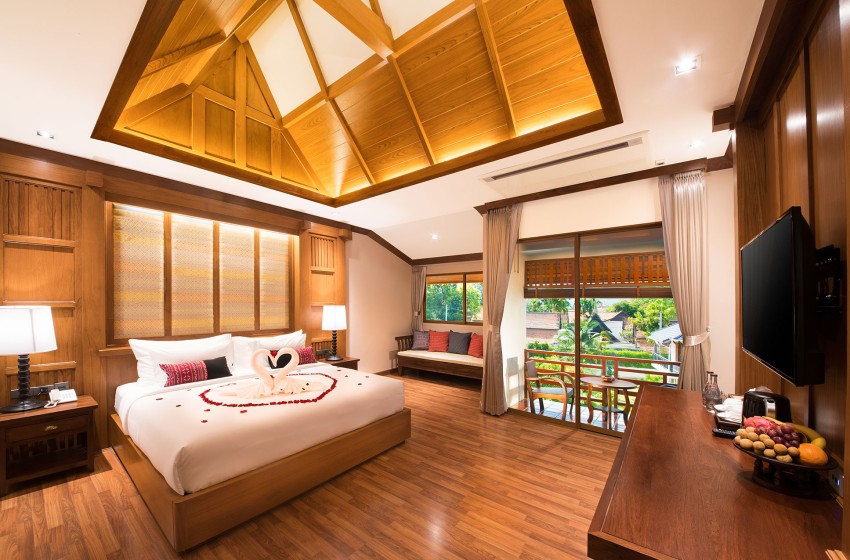 Set amidst the labyrinth of Chiang Mai’s seven-century city streets, Phra Singh Village is within strolling distance of historic temples, glittering pagodas, museums, busting markets, old village communities and many of Chiang Mai’s major attractions.
Seamlessly blending into its setting, Phra Singh Village’s design is influenced by the two great Kingdoms of Lanna and Lan Xang, founded in the 13th and 14th century respectively, both of which influenced much of the region’s cultures and aesthetics. The hotel merges architecture, design and objet d’arts from these traditions with contemporary comfort and modern technology. 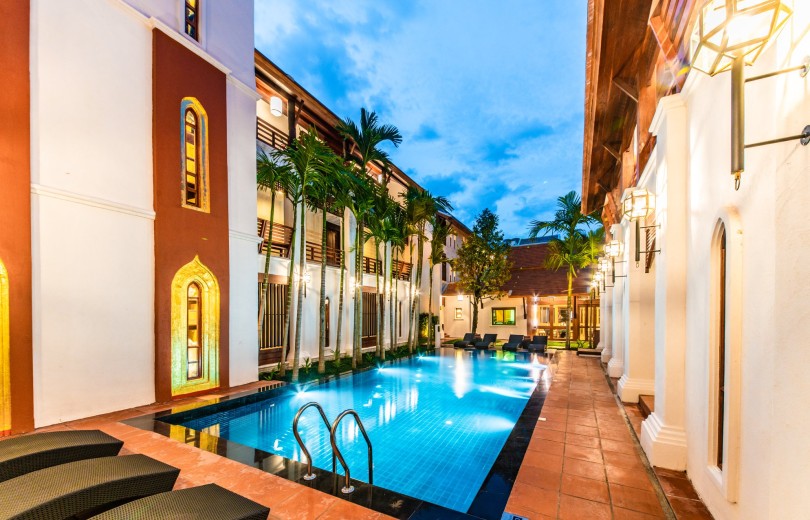 We guarantee that every hotel reservation

the lowest room price (including all taxes and fees)

publicly available on the internet.

If you find a lower rate of making a booking,

we will be happy to match the rate and give you

an additional 10% discount on your stay.